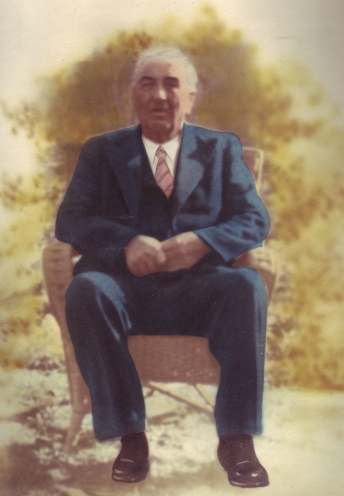 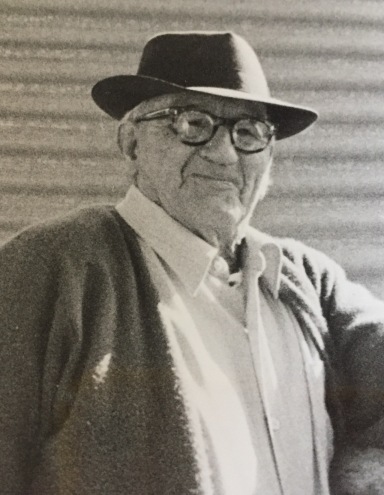 Henry Richard Alchin (born 1861 in Gunning), and his family were long time Dalton residents. Henry Richard married Ellen Pollard in 1884, a daughter to Benjamin Pollard; one of his twenty-six children (see more on this story HERE). This couple went on to have significantly less children than Ellen’s father, five in all. In an interview with Henry Richards son, Harold Gordon Alchin, we learn a little about the early life and character of these two men. His son tells us that his father Henry Richard spent some time in the 1860’s along the Lachlan River in the search for gold, with limited success but thought that “four shillings a day was a day well spent”. Henry Richard became a butcher by trade where he earned his nick-name ‘Butcher Dick’. At first it seems that ‘Butcher Dick’ operated out of a small butchery that was probably behind the old bakery on the corner of Gunning and Jobson Streets, Dalton.  Unlike today, butchers once needed local slaughter yards in which to prepare their meat. There were two slaughter yards near Dalton, one on the road towards Gunning and one just 500 meters to the south of Dalton, along the road to Jerrawa. The remains of the Dalton slaughter yard sit within land owned by my family, a paddock that my paternal Grandpa, Ken Friend called the ‘killing yards’. It was probably this yard that ‘Butcher Dick’, and some of the early butchers in Dalton used to slaughter their local meat, ready for sale. All that gives away the location of the old slaughter yard now is a small concrete slab and a nearby pile of stones and bricks; probably the foundation of a small building, water tank or fireplace. 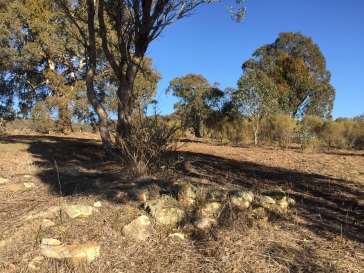 ‘Butcher Dick’ and his business partner Jim Hutchinson later moved their shop to a newly constructed building on Gunning Street which was built in 1927. Butcher Dick later gave up the business and moved next door to help his grandson Charles Alchin run a small-goods, fruit and confectionary business.

‘Butcher Dick’ lived until he was 82, having lost his wife in 1899, who died unexpectedly when she was just 34 years old. ‘Butcher Dick’s’ son, Harold Gordon Alchin remembers the advice that his father gave him; “if a bloke went in for land,” he would say, “he would always come out on top.” Butcher Dick didn’t appear to have ‘gone-in-for-land’ himself, and neither did his son Harold. Harold believed that “it’s the buildings on the land that make it look permanent”, a motto he probably developed over his many years of being a builder in the local region. As a young fellow, Harold spent time working for the Moore family on ‘Mooreville’ near Bevendale, where he was engaged in sheep work and ringbarking on the property. Later, Harold married Annie Wheatley and the family lived for a number of years in the Rye Park area, living in crude and temporary accommodation while building the permanent homes and sheds that would be long-time features on many local properties. Harold and his family later returned to Dalton where he realised his father’s advice and purchases a little land for himself, on the rise to the west of town known as ‘Hilltop’, where he built his own home; the house still stands today.

In Dalton, Harold claims to have built, (or in some cases helped build) the mill, the pub, the bakery, two halls and the two service garages. Only the mill no longer stands. When asked to describe himself, Harold claims that he was “all chin and no cheek.” He died in 1986 at the age of 98 and at the funeral his eulogist said that he still had a ‘twinkle in his eye and a love for live…he didn’t yield up his life willingly. A higher authority than his decided that the time was right.’