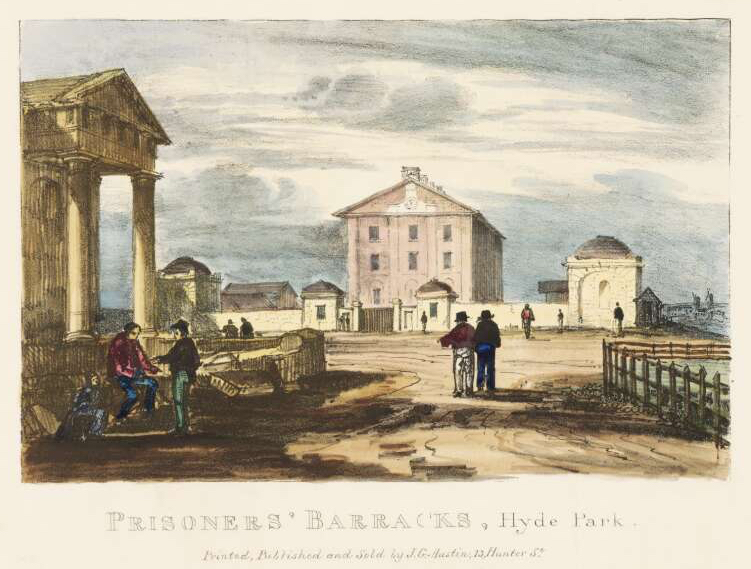 Between the years of 1848 and 1850, it is estimated that over 4000 young orphan girls were sent from various Irish workhouses to the new Australian colonies. Those who arrived during these years did so under what was to be called the ‘Earl Grey scheme’ (thousands of other Irish orphans arrived outside of these years as part of other significant relocation schemes). The young women who arrived under the Earl Grey scheme did so during a significant period of famine in Ireland. Although places like New South Wales were in need of new citizens, these girls were not always welcome, and were seen by some as a social and economic burden to the colonies.  In a New South Wales legislative council meeting in 1850, the member for the County of Bathurst, Sir John Darvall, is noted as having said that;

“…[I] cannot but determine that under the existing system, this colony derives no adequate benefit for the serious expense incurred…[from] the continuance of orphan emigration” -Mr. Darvall, Member of the NSW Legislative Council (1850).

Upon arrival into Sydney, the girls were disembarked and sent to the Hyde Park Barracks  where they would await assignment. In July 1850 there were already 350 girls housed here when the Tippoo Saib arrived carrying 220 more; the Tippoo Saib was the last ship to arrive during the Earl Grey scheme. Generally the girls were indented for two or three years to people seen as fit to house them and put them to work. One such Irish orphan, who arrived in this last ship under the Earl Grey scheme, was Julia Moore, aged 17. Julia was a Roman Catholic who was born at Clanfad [Clonfad], Westmeath. She is listed as a dairymaid from an orphan workhouse in Ireland with no relatives in the colony of New South Wales. While not a lot is known about Julia’s first years in the colony we do know that two years after her arrival she was married to Silas Noakes in Goulburn. Silas’ father, James, had been working as a tenant farmer and later as an overseer at Camden Park Estate. After this marriage Julia and Silas settled near Rye Park at a place they called ‘Spring Valley’. Julia travelled the local Bevendale and Rye Park area where she assisted in a number of local births as an assisting midwife. As many of the periods births occurred in the family home, far away from medical intervention or help, the midwifes in an area could often be the difference between life an death to an infant and it’s mother at this critical time. Julia herself died in April 1907 and was buried at the Boorowa Roman Catholic cemetery. Her husband, Silas, is buried at Rye Park.